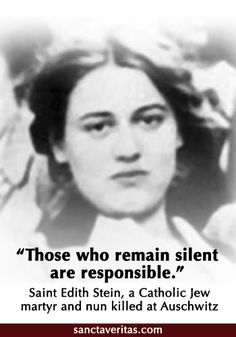 Now that I have pretty much gotten over the shock, and horrified outrage that this event  is most likely actually going to happen, it’s time to write about it, to contribute to the resistance.

The officials at Texas A & M can’t seem to get out of having unwanted speaker, Richard Spencer, promote hate and division here.

I have been praying, researching all I can about what this guy, and the person who invited him, Preston Wiginton, and their Neo-Nazi (“Alt Right,” “White Nationalism”) are all about. I encourage you to learn all you can, as well.

I  will surely be at the silent protests planned. I like the way the students are planning to do this: with Aggie dignity and decorum, but with courage to resist what is unacceptable.

I am happy that so many student leaders at A & M have voiced their opposition, including Hannah Wimberly, student body president, and Cecille Sorio, Corps of Cadets commander.

Our local paper, The Eagle, has done a good job educating and informing the community, and I think we will have a good showing as we protest outside this event. I hope to see many of my fellow Catholics, especially from my parish, St. Mary’s Student Center, there as well.

The Jewish student center, Hillel, has already planned to protest, and the Rabbi has publicly reacted to this. The Anti-Defamation League is sponsoring a briefing at Hillel which I plan to attend this week.

I was wondering if there was going to be a public Catholic response to this event. Then I realized that as the Catholic columnist for my local paper, that’s at least partly my responsibility.

My paper’s editor thought it best that I write a “letter to the editor” for this purpose. My regular column is mostly reflections. Besides, it just ran last week already. She said they did not invite the other religious writers to write about this, but she liked what I had to say. So I wrote. Here it is. 🙂

In case you don’t get the Eagle, or don’t live in Bryan-College Station, and you want to catch up on how we are doing with all this, you can check in here. Once there, search Richard Spencer and/ or Preston Wiginton.

Here is my own letter to the editor:

To my fellow Catholics, and to all people of good will in my community,

As we each consider our responses to this event, I suggest reading in the Catechism of the Catholic Church #s 1928- 1948, especially # 1946, regarding race relations in society and our responsibilities in that regard, according to the teachings of our faith.

I have been reflecting and praying Ephesians 6: 10-17 as well.   It tells me we are not battling people; in this case, not Richard Spencer or Preston Wiginton, but the insidious, and often well- disguised hateful ideology they promote.

We should pray for the conversion of heart of all neo-Nazis to God’s law of Love.

The Saints of our Catholic Faith who were confronted with direct experiences of the evil one in person, confirm that the best response is simple resistance in the Name of Jesus, rather than argument or engagement. In the Gospel, “Get thee behind me, Satan,” confirms how to respond to someone speaking in ways opposed to the Gospel. We can say that with our actions very well, of course.

Let’s reflect on where we stand according to our faith, and then let’s live those values out with the humility, confidence, and love God commands.

May the Catholic Saints who died at the hands of the Nazis pray for us.

May the many Saints of color, pray for us.

May Mary, Mother of Jesus, a Jewish woman, blessed among all women, pray for us.

As Mary said, “Do whatever [Jesus] tells you.”

We each have to discern what our responses should be.

As for me and my house, we will take this opportunity to serve the Lord of Love and righteousness by standing outside in quiet protest with the Aggies, rosaries in hand.

For more on Catholic teaching, and Church documents regarding racism and racial separatism, you might like: http://www.loyno.edu/jsri/catholic-social-teaching-cst-and-racism

A great article in response to this by a professor of History at TAMU: Let White Nationalist speak to an empty room

If you would stll like to sign the petition for the university to cancel this event, though a way has not yet been found:petition

If you would like to attend the silent protest during the event on December 6: Silent Protest

If you would like to attend the alternate event, Aggies United at Kyle Field that was announced last night by A & M President Young.

P.S. Good things have come of this event already:

A good thing I hope will come of this is for all minorities be reassured that the rest of their community knows they belong, cares about them, and stands up for them and with them.

P.S. I wrote a story about the protest and my experience of it for ATX Catholic. So here is the addendum: Resist like a Catholic II: Protesting Neo Nazi-ism with the Aggies 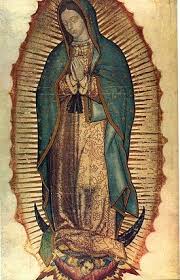 Shawn Chapman is the twice widowed mother of two young adult daughters, enthusiastic grandmother of two small children and a toddler, a Discalced Secular Carmelite and writer. (Catholic Columnist for Bryan-College Station Eagle Newspaper, blogger ATX Catholic, and occasionally, OK twice, Aleteia.) She is working on a book for Our Sunday Visitor

“Lord, I offer You the cell of my heart;
may it be Your little Bethany.
Come rest there; I love You so.”

St. Elizabeth of the Trinity